First Connector in the World for 400Gbps Ethernet 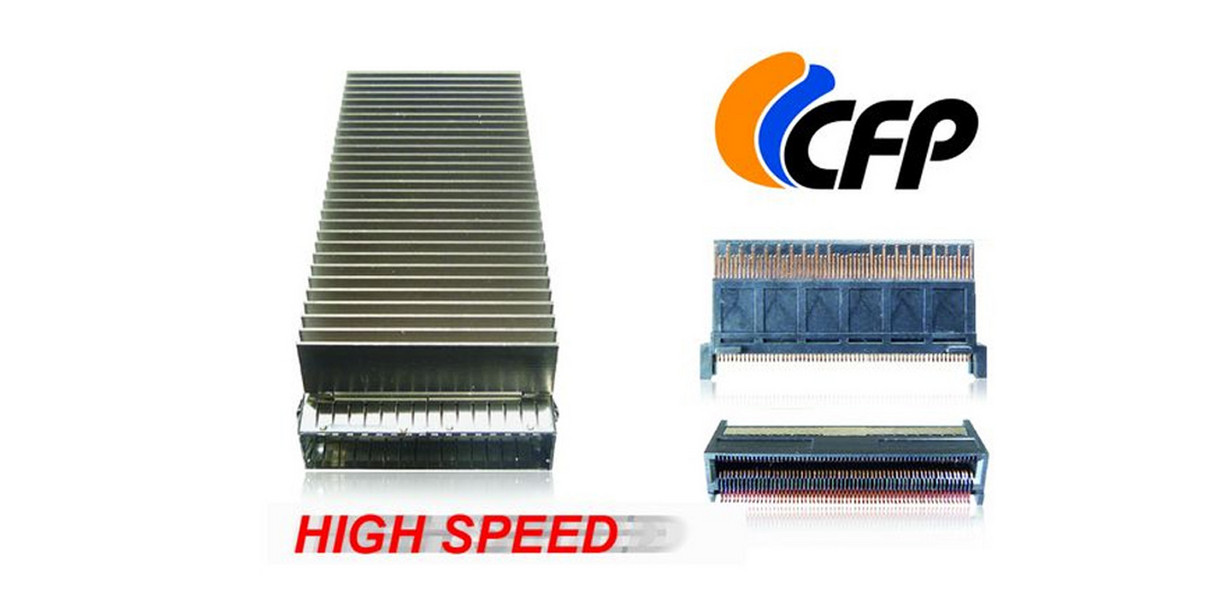 It is compliant with the CFP MSA Multi-Source Agreement. This CFP8 connector is one of the few connectors on the world market able to achieve the transmission rate of 400 Gbps. The final CFP8 specification was officially released from CFP MSA in March 2017. The CFP8 has the same size as the CFP2, but its performance is 4 times higher, achieving 400 Gbps instead of 100 Gbps. The CFP8 connector configurations supported are 25 Gbps x 16 channels, 50 Gbps x 8 channels, or 100 Gbps x 4 channels. The pin count is 124 pins.

One of the most challenging achievements was the narrow pitch of 0.5 mm. The pitch of the CFP2 connector is 0.6 mm. Even at 4 times the transmission speed of CFP2, the CFP8 connector excels through a smaller contact pitch. The mechanical kit of the CFP series consists of cage, connector cover, heat sink and in some cases a clip to fasten the heatsink to the cage. The CFP2 mechanism uses a clip to hold the heatsink. Like CFP4, CFP8 has a clipless mechanism. The cage features a hook on the top which slides into the – 1 – Press Release heatsink to secure it.

The mechanical kit of CFP8 uses the same mechanism as the CFP4.